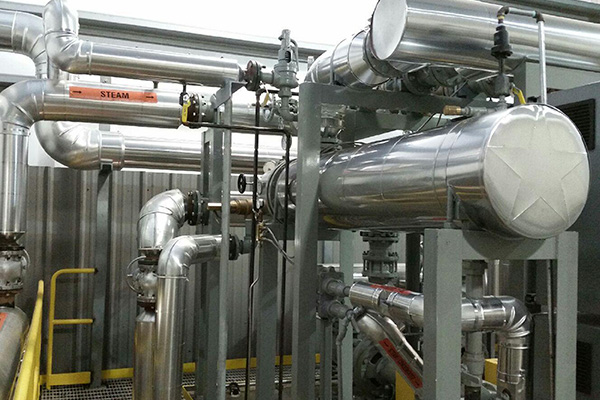 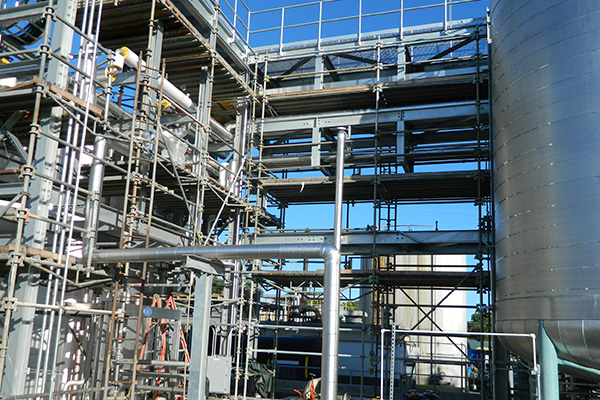 The Project: In the early spring of 2014, Eastern Industrial Services (EISI) was contacted to assist Kuehne Chemical in the completion of a multi-million dollar plant expansion at it’s facility in South Kearney, New Jersey. EISI has had a long history of servicing Kuehne at the New Castle, Delaware facility and was a prime contractor of choice to support the project.

The Catch: While many aspects of the project were underway from the civil and structural end, final mechanical and process designs were far from completion. The state of disarray fostered a high potential for overall failure.

In order to effectively move towards completion, Kuehne needed responsible allies. The project team contacted proven contract partners with a history of performance to step in during their time of need. EISI worked with the project team providing thermal insulation, scaffolding, and fire stopping services to facilitate project completion.

EISI worked hand in hand with project leadership to define manageable scopes of work, improve proposed specification and assemble cost efficient packages to help ease the financial burden. Accomplishing this with a 135 mile distance was no easy task. Minimal storage, aggressive time and contractor co-occupancy necessitated close coordination of deliveries, manpower, and other services. Calling the project a logistical nightmare is an understatement. Employees of EISI sacrificed valuable family time staying in local area hotels while working many long hours.

On yet another interesting note, EISI was initially brought in only to perform thermal insulation work on the mechanical and process systems. Pricing was provided for other services, including scaffolding and fire stopping, but were apparently not in line with local service providers. As the project progressed, the local scaffolding provider was unable to execute a complex build at the facility and EISI was given a chance. That was all that was necessary. The quality of EISI’s work was head and shoulders above that which they had been receiving from others. Following this turning point, EISI was awarded all scaffold work as well as the fire stop work for the project.

Safety Steps: On a project of this length, complacency can often become an issue. In order to combat this phenomenon, EISI conducted daily tool box talks with all crew members to keep a focus on safety. Each day a work permit was developed to identify the aspects of the tasks at hand with job plans focused to keep all involved employees safe. Each employee on site was empowered with the ability to stop the work in event of unsafe conditions or actions.

In the work planning process, EISI followed our “Stop Unsafe Acts” program. Each day employees were tasked to:

Additionally, weekly formal safety audits were performed by a cross functional team consisting of EISI management, facility representatives and field personnel. EISI followed our designed process of “Catching our Employees Doing the Right Thing” and recognized the positive safety behaviors on the job. Where a discrepancy was noted, immediate corrective actions were taken and educational steps were taken to prevent recurrence.

A constant review of leading indicators identified a need to focus on hand safety and manual material handling. Training was conducted to emphasize proper hand placement as well as body positioning. To provide a final line of hand defense, level 5 cut resistant gloves were worn by all persons conducting activities involving sharp objects.

One big challenge with construction at a manufacturing work site of this nature is contractor co-occupancy. In partnering with each other, a “Brother’s Keeper” approach was followed with regard to safety to keep all employees out of the line of fire. To minimize concerns within tight confines, EISI personnel also worked nights and weekends to access areas during times of minimal building trades occupancy.

The Result: In the long run, the project was completed and production runs began within the original project time frame. EISI’s multi-craft mechanics were on site for over 14,000 hours, experiencing no injuries, incidents or occupational illnesses. EISI continues to support facility maintenance needs today.

Please use this form to contact us by email.